Well my last post was close to 3 years ago. I’ve been meaning to update, but life happens and gets in the way. I am finally doing this now as I recently saw a member of a Facebook group for the breed (Cane Corso) is just beginning their journey with osteosarcoma and about to have a tripawd. So seeing that obviously triggered some memories! ( I’ve reached out and told them about this site and how much it helped me 🙂 )

As I said that life happens, and it certainly does with my last post being in July 2017, I think it would be necessary to go back a few years…

In August 2003 I became an Aunt, my nephew Connor was born. A few years later, my nephew Gavin, and a few after that, my niece Caroline.

Gavin turned 10 years old June 4th, 2017. On August 20th, 2017…he passed away from Carbon Monoxide poisoning. In that same day I almost lost my niece, and my sister as well. I am forever grateful that things did not end as bad as they could have that day. This post isn’t about that though. Frankly I’m not ready to write that and this is about something else entirely. – the tipawd Doxie.

When I told my family in February 2017 that I was going to go forward with the amputation/surgery/chemo and not put her down, they all thought I was nuts. They all loved her but felt that it was just too rough of a road and that I should just put her down. They were acting out of love, so I do not resent or judge them for it.

Back up a few months to October 2016 – I had a miscarriage. I couldn’t save my baby but now, a few months later, I had the option to save my fur baby. So I did whatever I could to not loose her as well.

After my Doxie (the dog) had her amputation, my mom stayed at my house during the day to watch Doxie and often had my Niece and Nephews with her. They would keep her company, make sure she didn’t mess with the incision, and that she got around on her new “3 legs”. They would do favors for me and my husband while watching her like doing the dishes, vacuuming, and laundry. They would often leave me notes for when I came home from work about how Doxie did during the day while I was gone.

When Gavin passed away, Doxie was still there, she gave my mom so much comfort during that time. I truly feel she was destined to live through that time in our families life to comfort us. A dog is undoubtedly selfish in what it brings to our lives. And Doxie made sure we made it through that time.

Doxie crossed the rainbow bridge March 3rd, 2018, one year, almost to the day of her surgery. I do not regret one moment or expense in keeping her around for that year. She helped my whole family through the most difficult time in our lives. 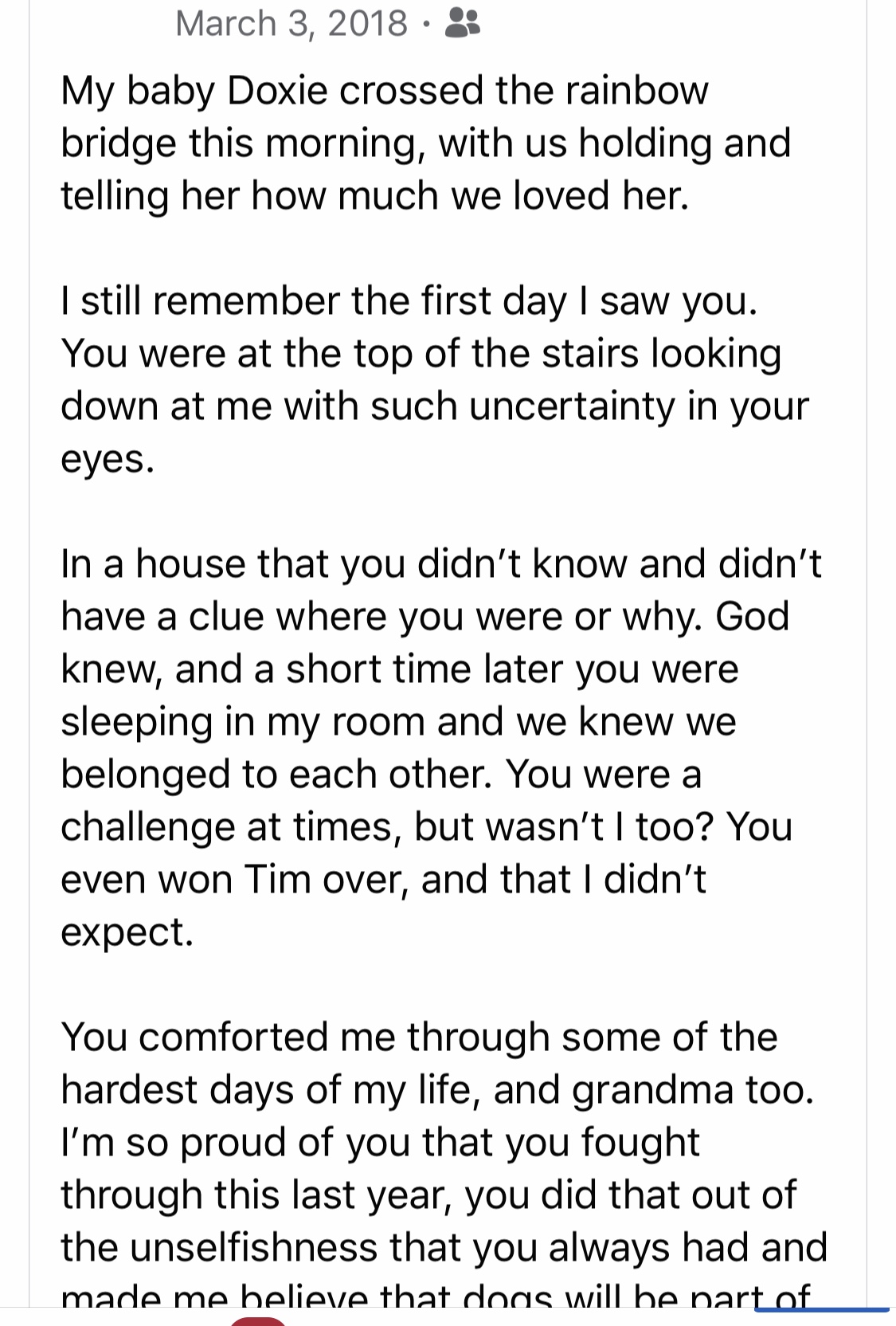 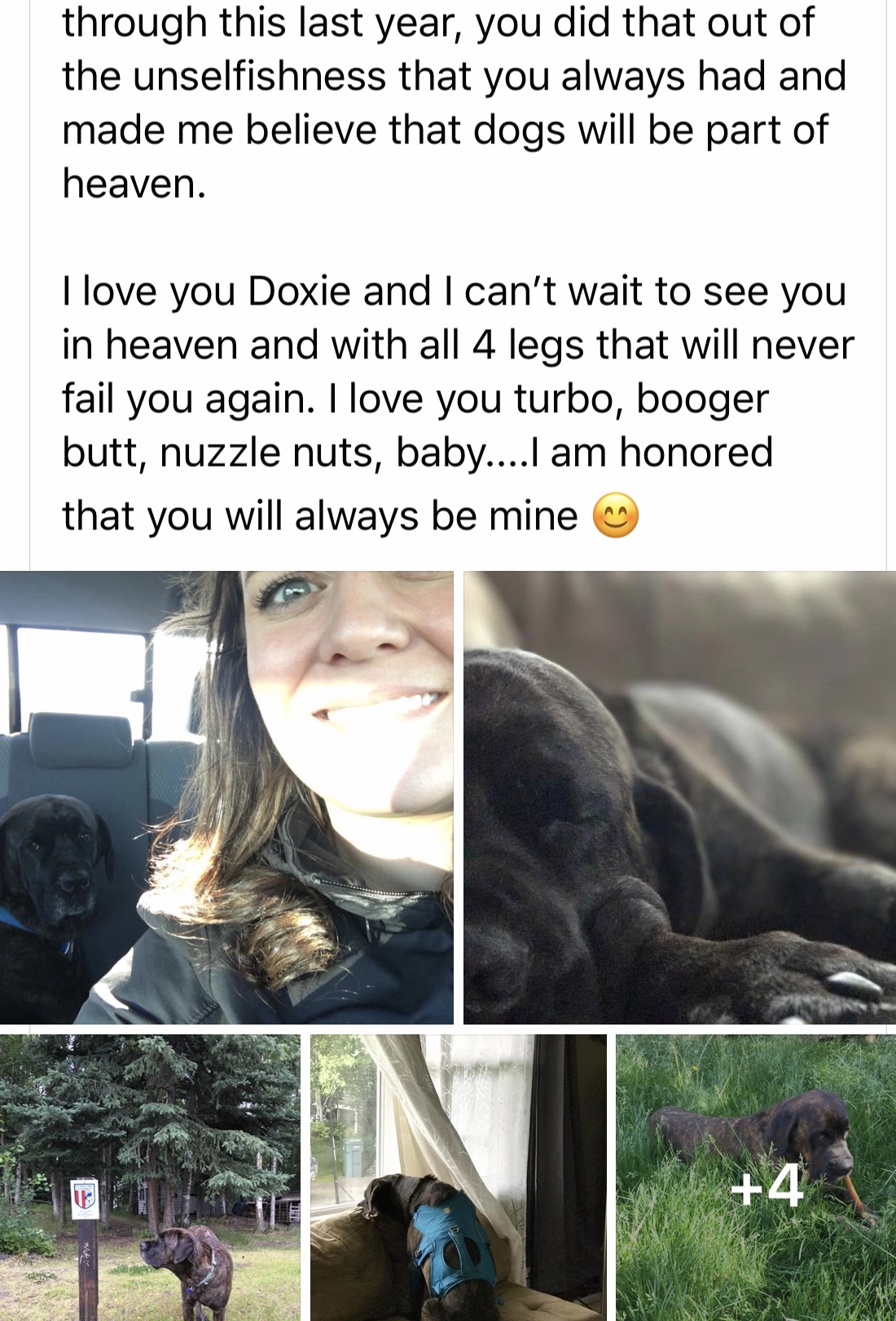 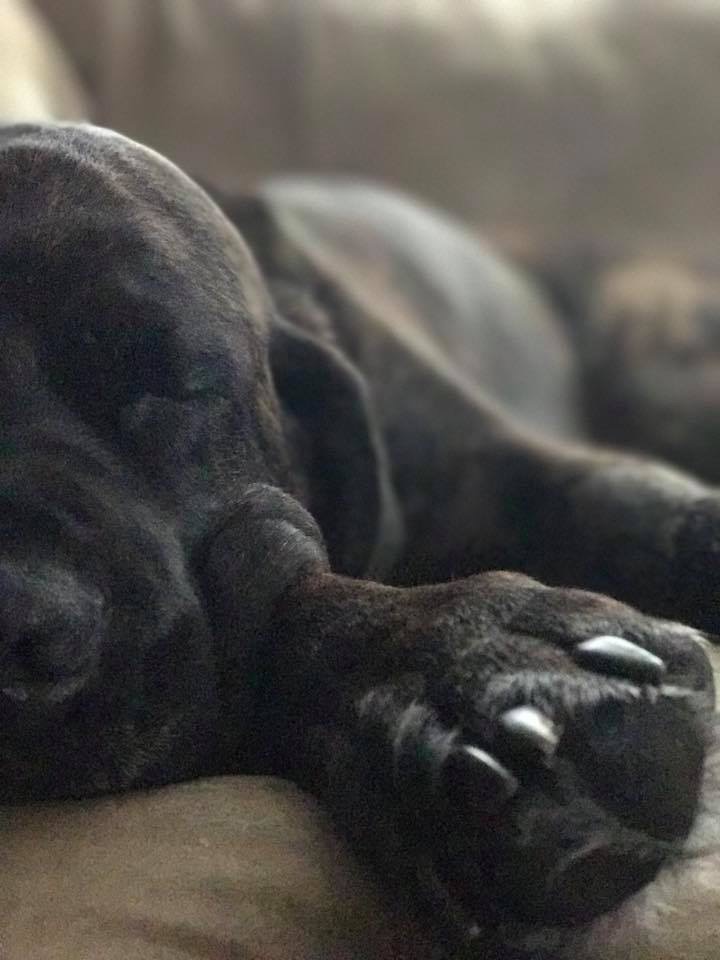 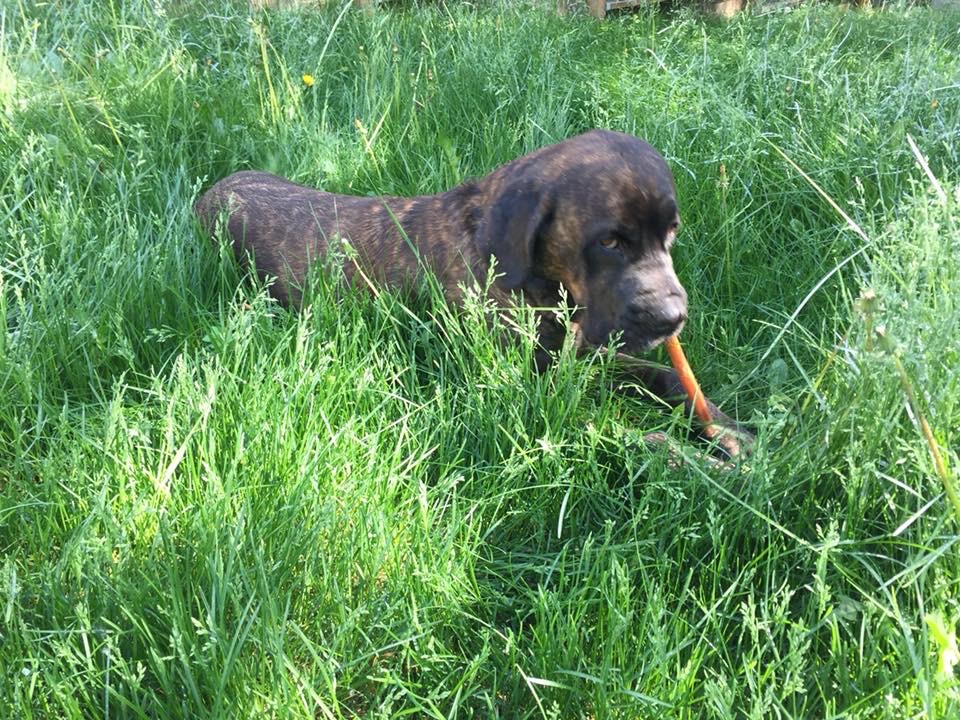 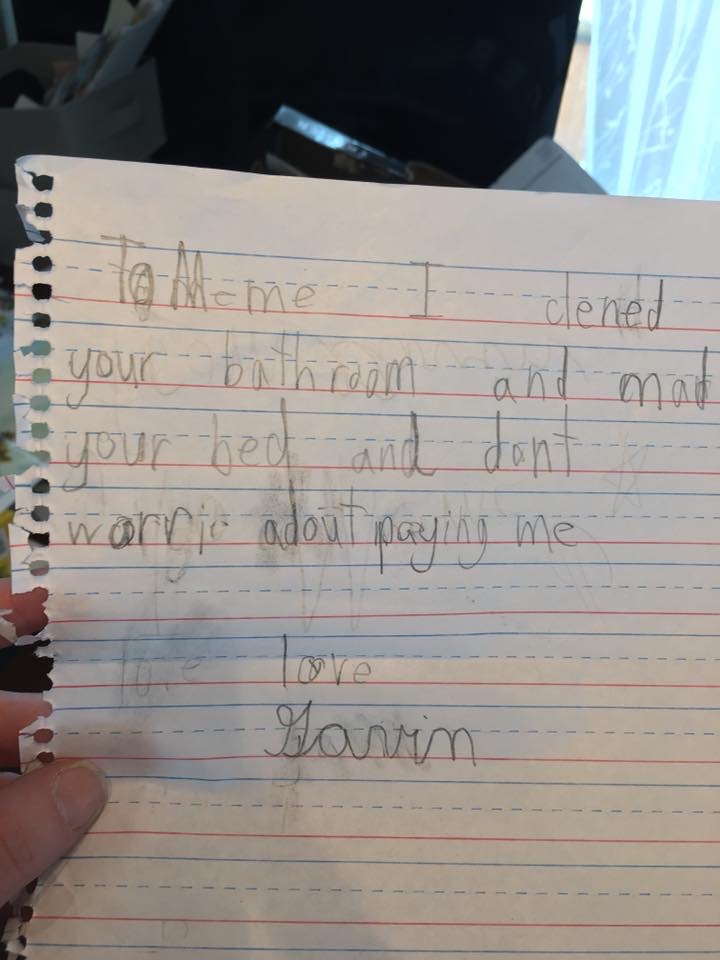 Doxie the Cane Corso is brought to you by Tripawds.
HOME » NEWS » BLOGS » FORUMS » CHAT » YOUR PRIVACY » RANDOM BLOG